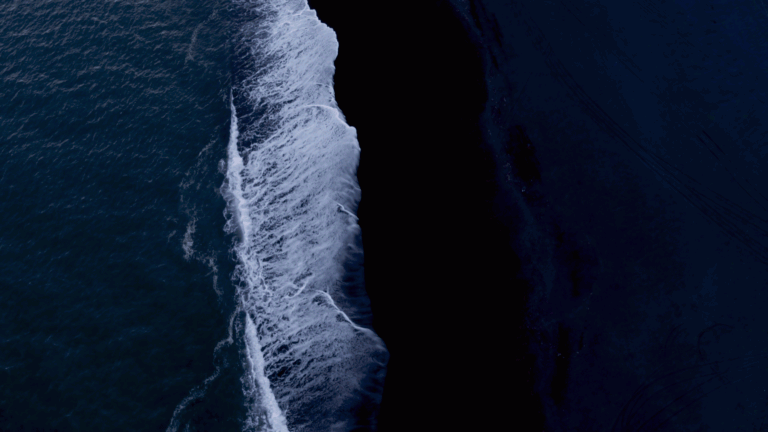 En route to the promised land, Joshua led the Israelites to the shores of the River Jordan.  How were they going to cross it?  God calmed Joshua, assuring him that by this wonder He would do, He was going to exalt him.  Joshua then instructed the people to consecrate themselves, stay pure because tomorrow God will do wonders among them.  He thereafter instructed the Priests to carry the Ark of the Covenant ahead of them; as soon as their feet touched the water, it would divide, making a heap and so the people crossed over on dry ground.

After they had crossed over, Joshua asked twelve men to pick big rocks from the middle of the Jordan and to stack them as a Memorial at the other end.  Why?  So that when their children would ask what it meant, they would tell them how God miraculously made a way for them to cross over the Jordan.  And as promised, God used this event to exalt Joshua in the sight of all Israel, and they feared him just as they feared Moses.  Of course, the Priests came out and the waters returned back.  Then Joshua instructed them to tell their children about these wonders that God had done, so that the whole world might know that God’s hand is mighty.

What are some of the lessons that we can learn from this story?

#1.  Your Greatest Problem, which is what the Jordan was to Israel, could be your Greatest Miracle and the very best thing that ever happens to you.

As humans, we don’t want pain.  But more of life’s greatest lessons are learned in life’s pains than in pleasure.  What is more, the best of God is manifested in life’s deepest valleys.  You never really encounter God more than in the darkest pains of life.

“Then Job replied to the Lord: 2 "I know that you can do anything, and no one can stop you. 3 You asked, 'Who is this that questions my wisdom with such ignorance?' It is I—and I was talking about things I knew nothing about, things far too wonderful for me. 4 You said, 'Listen and I will speak! I have some questions for you, and you must answer them.' 5 I had only heard about you before, but now I have seen you with my own eyes. 6 I take back everything I said, and I sit in dust and ashes to show my repentance." - Job 42:1-6, TLB

Problems for the believer should trigger joy because they represent something we cannot handle by ourselves, but which with our God is a piece of cake.

“You are of God, little children, and have overcome them, because He who is in you is greater than he who is in the world.” - 1Jn 4:4

“What then shall we say to these things? If God is for us, who can be against us? 32 He who did not spare His own Son, but delivered Him up for us all, how shall He not with Him also freely give us all things?” -Rom 8:31-32

#2. Every God thing has a God Process.  If you want God’s result, use God’s method.

God said, "Send the Ark half a mile ahead." The Ark represents the presence and power of God, which today is our faith, prayer, declarations, and especially, the promises we stand upon.

Never embark on anything without a clear word you’re standing upon.  If God hasn’t called a meal, He has no business picking up the ticket.  Faith is trusting that what God says He will do, He will, and will not lie. (Num 23:19).

“He sent His word and healed them, And delivered them from their destructions.” - Psa 107:20

“So shall My word be that goes forth from My mouth; It shall not return to Me void, But it shall accomplish what I please, And it shall prosper in the thing for which I sent it. 12 “For you shall go out with joy, And be led out with peace; The mountains and the hills Shall break forth into singing before you, And all the trees of the field shall clap their hands.”  - Isa 55:11-12

“For the Lord will be your confidence, And will keep your foot from being caught.”  -Pro 3:26

#3. God exalted Joshua, underscoring a very significant point: Only the man that God exalts is truly exalted.  If a man makes you, then he can unmake you.  Jesus prayed God to exalt Him.  And when God exalts you, you are exalted forever.

“And the Lord said to Joshua, “This day I will begin to exalt you in the sight of all Israel, that they may know that, as I was with Moses, so I will be with you.”  -Jos 3:7

“On that day the Lord exalted Joshua in the sight of all Israel; and they feared him, as they had feared Moses, all the days of his life.” - Jos 4:14

“So the Lord exalted Solomon exceedingly in the sight of all Israel, and bestowed on him such royal majesty as had not been on any king before him in Israel.” -1Chr 29:25

“You have also given me the shield of Your salvation; Your right hand has held me up, Your gentleness has made me great.” - Psa 18:35

“And it came to pass at that time that Abimelech and Phichol, the commander of his army, spoke to Abraham, saying, “God is with you in all that you do.” - Gen 21:22

“But they said, “We have certainly seen that the Lord is with you. So we said, ‘Let there now be an oath between us, between you and us; and let us make a]covenant with you” - Gen 26:28

“And now, O Father, glorify Me together with Yourself, with the glory which I had with You before the world was.” - Jn 17:5

#4. If you are to achieve anything of eternal consequence, then you must receive God’s blue print and follow it.

“You shall command the priests who bear the ark of the covenant, saying, ‘When you have come to the edge of the water of the Jordan, you shall stand in the Jordan.’ 9 So Joshua said to the children of Israel, “Come here, and hear the words of the Lord your God.” -Jos 3:8-9

“And see to it that you make them according to the pattern which was shown you on the mountain.”- Exo 25:40

“And it shall be, when you hear the sound of marching in the tops of the mulberry trees, then you shall advance quickly. For then the Lord will go out before you to strike the camp of the Philistines.” 25 And David did so, as the Lord commanded him; and he drove back the Philistines from Geba as far as Gezer.” - 2Sam 5:24-25

“Now David was greatly distressed, for the people spoke of stoning him, because the soul of all the people was [a]grieved, every man for his sons and his daughters. But David strengthened himself in the Lord his God. 7 Then David said to Abiathar the priest, Ahimelech’s son, “Please bring the ephod here to me.” And Abiathar brought the ephod to David. 8 So David inquired of the Lord, saying, “Shall I pursue this troop? Shall I overtake them?” And He answered him, “Pursue, for you shall surely overtake them and without fail recover all.” 1Sam 30:6-8

#5. Our God is a God of wonders, not mere talk. He does these things that the world makes known He is with us and that He defends us.  He is mighty to save and not silent.

“When the Lord your God brings you into the land which you go to possess, and has cast out many nations before you, the Hittites and the Girgashites and the Amorites and the Canaanites and the Perizzites and the Hivites and the Jebusites, seven nations greater and mightier than you,” -  Dt 7:1

#6. God wants Memorial Stones to be stacked up as a Monument and a Reminder of the miracles and Testimonies for the things He has done in our lives, so we and our children don’t forget them.

Those that hide God’s testimonies rob Him of His glory and deny Him the praise He deserves.  There is no testimony without a test and a test is not a testimony.  Behind every success, whether personal or of a ministry, there are private pains.  Until you have been messed up, you don’t have a message.

When God does what He does in your life, write it down in your journal, tell someone about it, it’s your trophy of God intervention.  And never say a testimony is too small, because if God never got you through it, you would be stuck.  God turns your mess into a message so you can talk about it.  When you don’t you will prevent future testimonies.

And command them, saying, ‘Take for yourselves twelve stones from here, out of the midst of the Jordan, from the place where the priests’ feet stood firm. You shall carry them over with you and leave them in the lodging place where you lodge tonight.’
…Then you shall answer them that the waters of the Jordan were cut off before the ark of the covenant of the Lord; when it crossed over the Jordan, the waters of the Jordan were cut off. And these stones shall be for a memorial to the children of Israel forever. Jos 4:3, 7

“He has made His wonderful works to be remembered; The Lord is gracious and full of compassion.” - Psa 111:4

“When all that generation had [a]been gathered to their fathers, another generation arose after them who did not know the Lord nor the work which He had done for Israel.” - Judg 2:10